Labour has vowed to create a new Department of Housing aimed at tackling the UK’s housing crisis, extend High Speed 2 to Scotland and ensure Crossrail 2 is built. 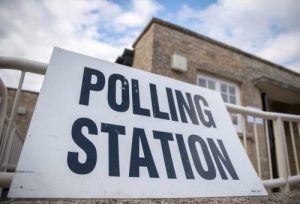 In its 128-page fully-costed general election manifesto, launched in Bradford, Labour said it would increase spending by £48.6bn a year but raise an extra £48.6bn in tax.

Among the pledges, the party said it will build at least 100,000 council homes a year and double the number of apprenticeships at NVQ level 3 by 2022.

But he added: ”While Labour’s ambitious targets on housebuilding…are welcome, there is little to address the fundamental issue of industry capacity.”

Labour also vowed to invest £250bn in infrastructure over 10 years, if elected. Other costed manifesto pledges include creating a National Education Service for England to close the skills gaps, supporting UK supply chains by targeting government support where there are gaps, committing extra investment in research and by capping energy costs and investing in new publically owned energy provision.

RICS’ parliamentary affairs manager Lewis Johnston said: “This is the kind of ambition for infrastructure we have called for…and we’re glad to see it given such prominence.”

Meanwhile the Conservatives have dropped Crossrail 2 from their manifesto, while the Party has also come under fire for raising the cost of hiring foreign workers and sticking to its pledge to cut immigration to the 10s of thousands.

A report by the employer-backed Global Future says a net inward migration flow of 200,000 people a year is required to avoid the “catastrophic economic consequences” linked to Brexit.

The Global Future report says the UK’s low productivity, ageing population and shortage of labour in key areas, such as construction, show that net migration of 200,000 will be needed annually.

Meanwhile, Theresa May has pledged to build new homes to help bring the cost of buying and renting down to a more affordable level.

Other construction commitments include pushing forward with HS2, a Northern Powerhouse Rail and expansion of Heathrow Airport.

“Should she remain in Number 10, Theresa May must ensure that there is no major change to the anticipated pipeline of work which could unsettle the markets or deter investors.

“CECA is particularly pleased that the Conservative manifesto includes a commitment to existing strategic investments such as High Speed 2, Northern Powerhouse Rail, and expanding Heathrow Airport.

“At the same time, we believe there is scope for the Prime Minister to do more to provide clarity on major projects that are not named in the manifesto, such as Crossrail 2, the Swansea Bay Tidal Lagoon, and new nuclear power stations.

“The Prime Minister is right to be candid about the challenges facing the UK. However, if she is to deliver a strong and stable economy, she must ensure the infrastructure sector is prioritised as a primary driver of growth by providing greater clarity on these issues.”

Sarah McMonagle, director of external affairs at the Federation of Master Builders said:

“A revised house building target of 1.5 million homes from 2015 to 2022 ups the ante on housing delivery again, but these ambitions can only be delivered with an accompanying focus on creating a more diverse and innovative house building sector.

“The decline in the number and output of smaller local house builders over the past few decades has led to the industry’s capacity haemorrhaging. To deliver the PM’s vision we will need to reverse this.”

Launching their manifesto, The Liberal Democrats have committed to a £100 billion package of additional infrastructure investment. This will prioritise: