BAL has joined forces with Tile & Stone Gallery part of the Ceramic Tiles Ltd Group based in Ipswich to provide tiles, adhesives and grout to help BBC DIY SOS improve the home of Simon Dobbin – who was left with brain damage after an unprovoked attack by football thugs. 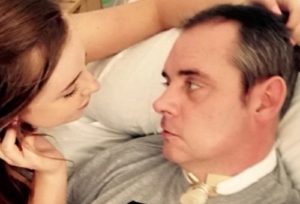 In March 2015, Simon was set upon by a group of 25 men after watching his team Cambridge United play away at Southend United in Essex.

The brutal attacked left Simon fighting for his life after a stroke and bleed on the brain which left him with permanent brain damage.

Thirteen men were subsequently convicted for the attack and jailed for more than 42 years in total.

Earlier this year the BBC issued a call-out for volunteers to donate their skills, time efforts and companies to donate materials to help the DIY SOS team make much needed renovations to Simon’s home in Mildenhall, Suffolk.

After hearing of the call, Jonathan Newton Tile & Stone Gallery Senior Manager from the Ceramic Tiles Group kindly agreed to be the tile supplier with Johnsons supplying tiles. BAL were subsequently approached and kindly agreed to supply Micromax2 Grout, Rapid-Flex One adhesive and White Star Plus adhesive for the project.

Before the completion of the project, Nicola Dobbin, Simon’s wife and full time carer said: “I’m totally and utterly overwhelmed by all the offers of help.

“I’m very excited that Simon will now have the space he deserves.

“The changes that will be made to the house will improve not only Simon’s life, but ours as a family.”

Jonathan Newton said: “Having grown up in the area I was already aware of the awful injuries inflicted on Simon and the effect this had on him and his family.  As soon as the company became aware that the DIY SOS team were involved we immediately wanted to help and after speaking to my Managing Director, Nick Braybrooke, we decided to do whatever we could. This story shows the generosity of people and it’s pleasing to see how willing so many people have been to give up their time and resources to help others in need.”

Alex Underwood, Head of Marketing at BAL added: “This is a great example of local tradespeople and companies coming together to help give Simon the home that he deserves.

“We were delighted to be able to provide the adhesive and grout for this great project that will improve the life of Simon and his family.”