Restoration of fountain and courtyard with AquaDrain EK 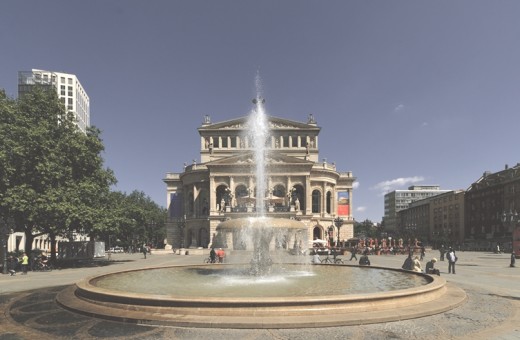 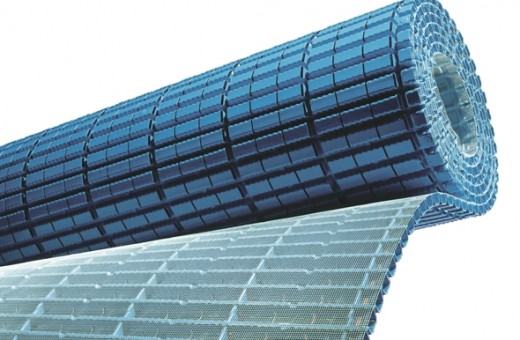 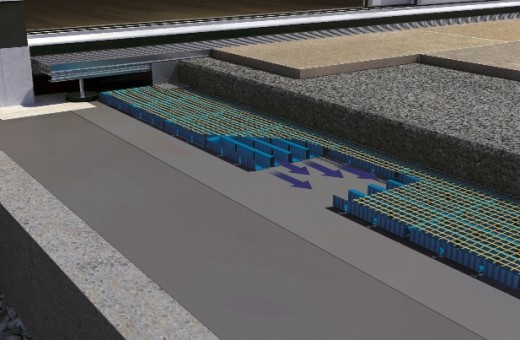 Framed by the historic Opera House and the modern skyscraper backdrop: The square in front of the Alte Oper is a popular meeting place in downtown Frankfurt.

At the centre is the Lucae Fountain which was designed according to old plans found of the original fountain which once stood in the square. Inaugurated in 1983, after a few years the well was found to be leaking and became uneconomical to run.

Water leaking onto the granite structure also caused unsightly grey deposits to form on the well structure, making the original colour of the stone barely recognisable. Simultaneously, the fountain lost more water than could be supplied and a highly visible trickle ran across the Opernplatz. The only way to stop this was a total renovation to the underground system, a major overhaul of engineering and optics.

After careful restoration from scratch, the AquaDrain EK system from Gutjahr was incorporated above a tanking system, helping to support the drainage of water before the winter break and protecting the structure permanently from frost damage.

Thanks to the restoration, the Lucae Fountai now shines as the centre of many events around the Frankfurt Opernplatz.